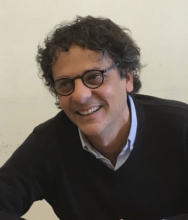 Has more than 20 years of experience, both in academia and the private sector, in Data Mining, Artificial Intelligence, and Advanced databases. In 1999 he set up in Los Angeles (California) the company Strategic Data Corporation (SDC) which was sold in 2007 to Fox Interactive Media. SDC mission was studying and implementing on optimized way to serve banner advertising on the Web.
In 2004 Giovanni returns to Italy where he gets a position as associate professor at the University of Catania (Italy) founded by a government initiative called “Rientro dei Cervelli”. In 2008 he gets a position as researcher at the Department of Political and Social Science at the University of Catania. Giovanni teaches Computer Science, Databases, Big Data, and Artificial Intelligence.
At the same time, in 2004, Giovanni starts a new company in Catania called Neodata Group whose mission is the development of smart applications for publishers and advertisers to optimize the delivery of messages over the web and over the many available devices (PC, phone, tablets, connected TV, etc.) Neodata today has more than 40 people working between Catania (the technical team) and Milan (the sales team).
Giovanni got his Ph.D. in Computer Science from the University of California Los Angeles (UCLA), a Master of Science in Computer Science from the University of Houston-Texas and a three-year University degree from the University of Pisa-Italy.